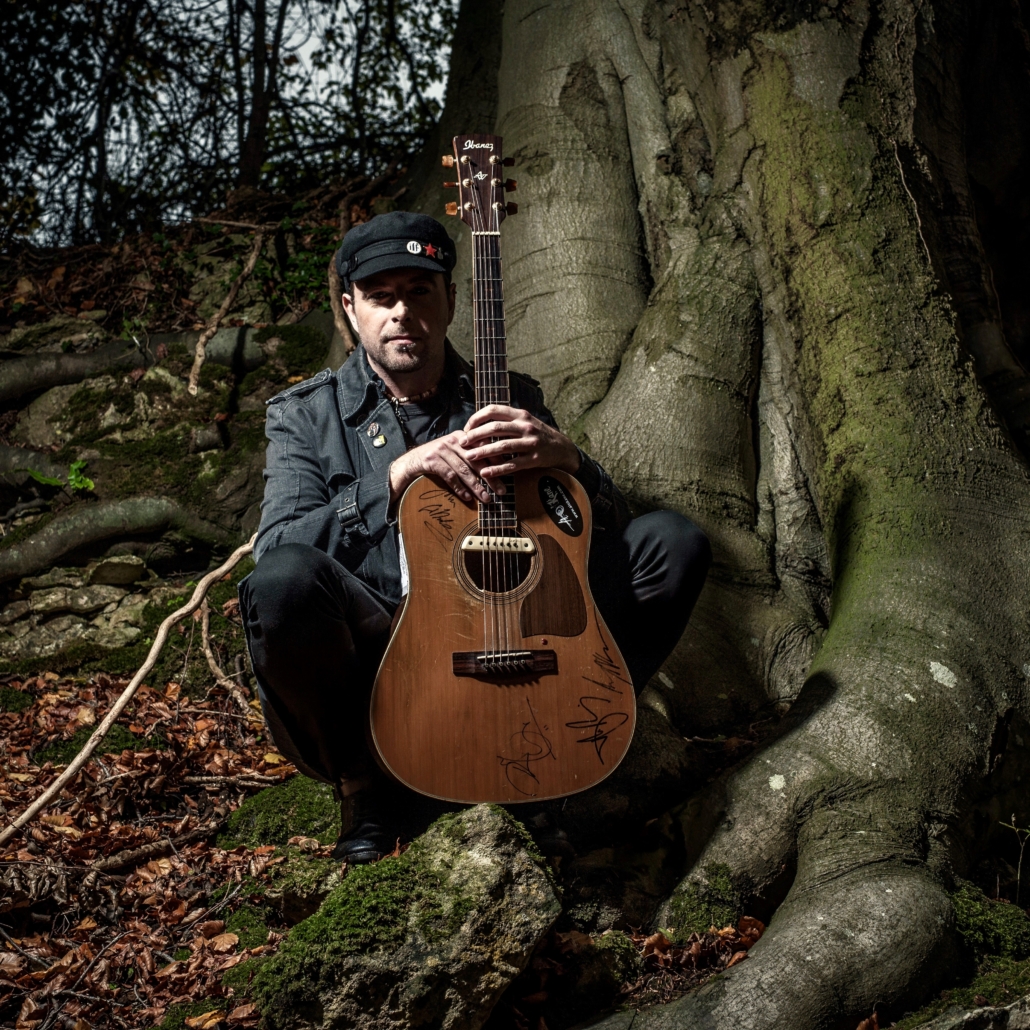 A West Country troubadour who folds Jimi Hendrix into the sound of Celtic resistance rock n’ roll. Part Waterboys, part Velvet Underground, Al’s music is a cry for action – nestled into a fiery acoustic blend. His high energy performance and his soulful tunes are a pleasure to listen to.

Al O’Kane morphs swampy Avalonian blues into the sound of Celtic resistance rock n roll. This is “West Country Gumbo from the Somerset Delta”. “His music is a cry for action nestled into a fiery acoustic blend. Al won the Shrewsbury Folk Festival open mic competition in 2019 and completed a European tour before the pandemic hit. 2020-2021 saw four self-produced releases from Al, which are available on all music providers, along with his self-titled debut album. 2022 sees Al returning to the live music circuit with an attitude of – “its all gonna be OK because we have music, gratitude and each other – so let’s start manifesting some good stuff!”