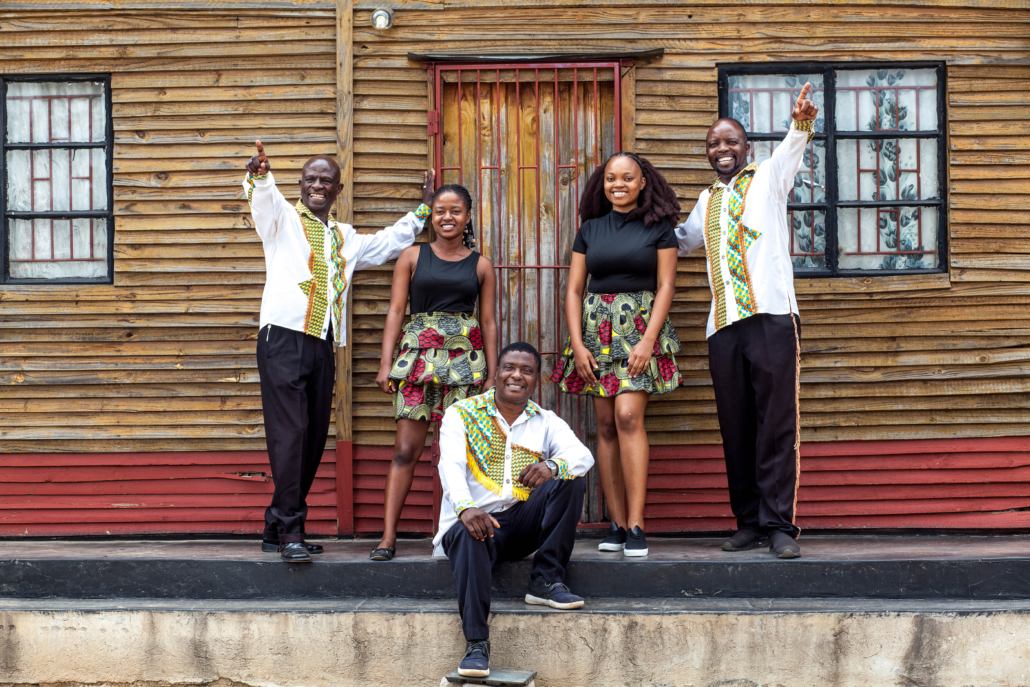 Black Umfolosi performances are inspired by the traditional song and dance of their native southern Africa, with a beauty and enthusiasm that is unrivalled.

Their performances are energy driven and completely engaging, mixing a great gentleness of spirit and song with an exuberance in dance. Their trademark harmonies mixed with intricate rhythms, clicking and clapping are highlighted during their brilliantly choreographed shows with a full range of movements from subtle to vibrant stomping and leaping!

Their famous Gumboot Dances showcase the traditional styles and rituals of the South African mining regions and are a particular crowd pleaser.

The group formed in 1982 in Bulawayo, Zimbabwe, naming themselves after the Umfolozi Omnyama River –an area to which their ancestors can be traced to.

Arguably Zimbabwe’s greatest ambassadors, the group have toured the UK many times building up a lasting relationship with venues and their fans.

After a gap of four years since they toured the UK the group are looking forward to engaging once again with people of all ages and cultures. They have a natural ability to communicate passion and feeling in their spectacular performances that thrill audiences worldwide.