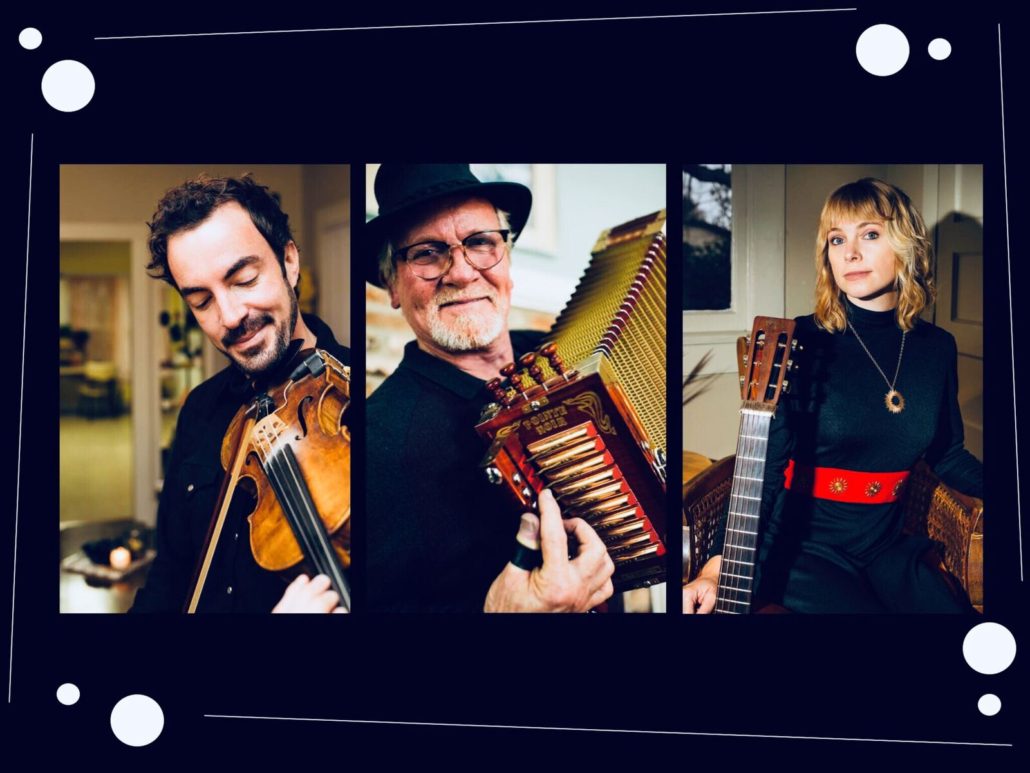 Jesse and Joel create music full of spontaneity and joy. Together, they play traditional Cajun French music from the prairies of Southwest Louisiana where generations young and old alike come together nightly to celebrate their vibrant culture by dancing, socializing and having a good time.

Jesse Lége is the real deal. Growing up in a rural, pre-electricity home near Gueydan, Louisiana, Jesse spoke Cajun French and learned music from relatives, neighbors, and the family’s much-loved battery-powered radio. Today he is one of the most admired Cajun accordionists and vocalists in the world, known especially for his high, clear, “crying” vocals. In 1998 he was inducted into the Cajun Music Hall of Fame.

Son of Cajun music royalty Marc and Ann Savoy, and founder of the Louisiana-based label Valcour Records, Joel Savoy grew up literally at the feet of many of the Cajun greats who passed through his home regularly to visit and jam with his parents. A GRAMMY-winning recording engineer and record producer as well as a ten-time GRAMMY nominee, Joel was recently appointed as the Artistic Director of the prestigious Festival of American Fiddle Tunes in Port Townsend, Washington. He is a versatile fiddler and guitarist and he has played and taught music around the world for the last 20 years.

Joining Jesse and Joel is Kelli Jones, who grew up in North Carolina before moving to Lafayette, Louisiana, in 2006, to study Cajun music. Kelli plays fiddle and guitar in the progressive Cajun band Feufollet and is a prolific songwriter in both English and Cajun French.

A consummate guitarist, highly acclaimed by her contemporaries, Vera Van Heeringen brings the instrument to life in way that is entirely her own. Firmly rooted in Transatlantic traditions, her original contemporary Americana showcases both her firebrand instrumental virtuosity and poignant, emotionally astute songwriting.