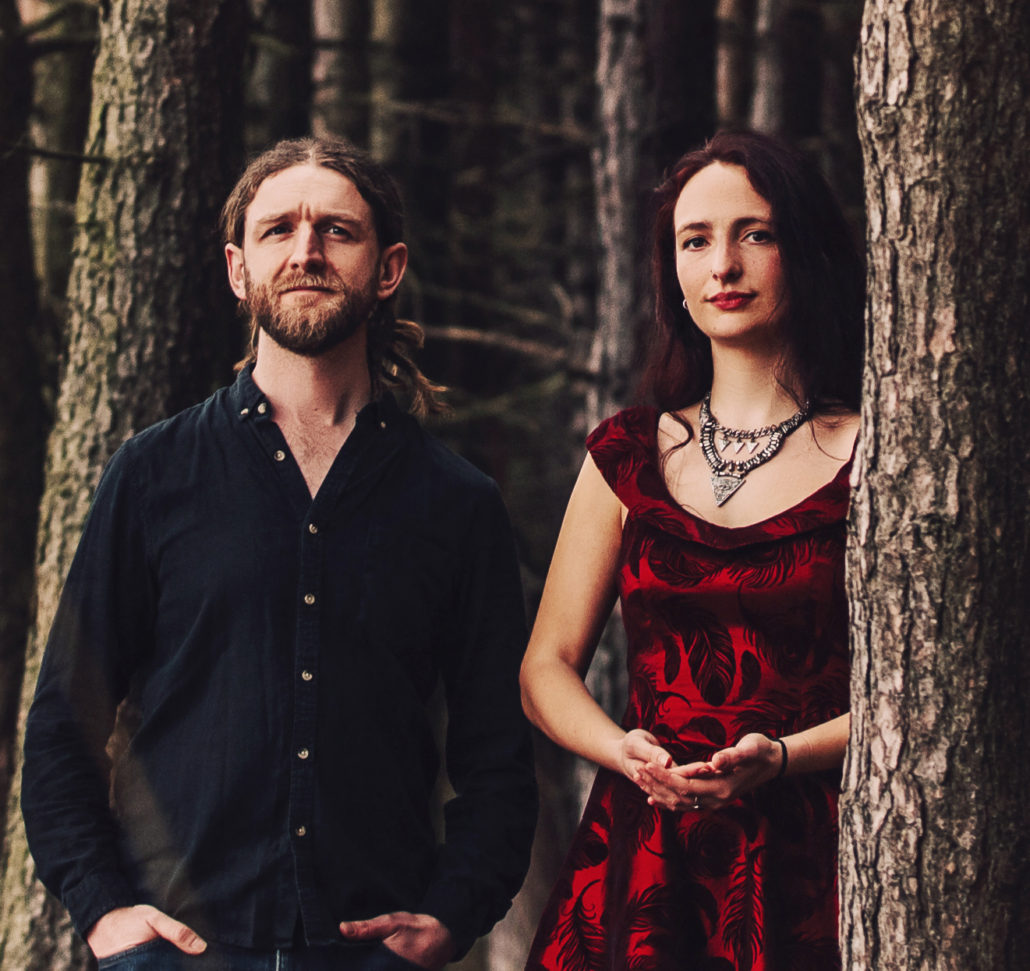 They breathed in the mountain view, banked up the fire, and took their instruments out of their cases. Then they sat down, and wrote. In escaping the everyday chaos of busy lives, they realised how caught up in the misery of the 24 hour news cycle they were; absorbed in the heartbreak of the world, they had lost sight of its beauty. Tired of the navel-gazing tendencies of sad song writing, and the terrible events frequently depicted in the folk ballad tradition, they decided to turn their attention to an oft overlooked but vital facet of our lives: hope.

Swiftly, a set of songs and tunes emerged. Stories of wonder from the natural world; tales of rejoicing and long lost returns; and simple thanksgiving for their own surroundings and place in the landscape. Informed by world rhythms, British folk roots, and the duo’s penchant for making as much noise as possible with only two people, the album is an upbeat celebration, an incitement to hope.

The album will launch with an accompanying tour in May 2019.