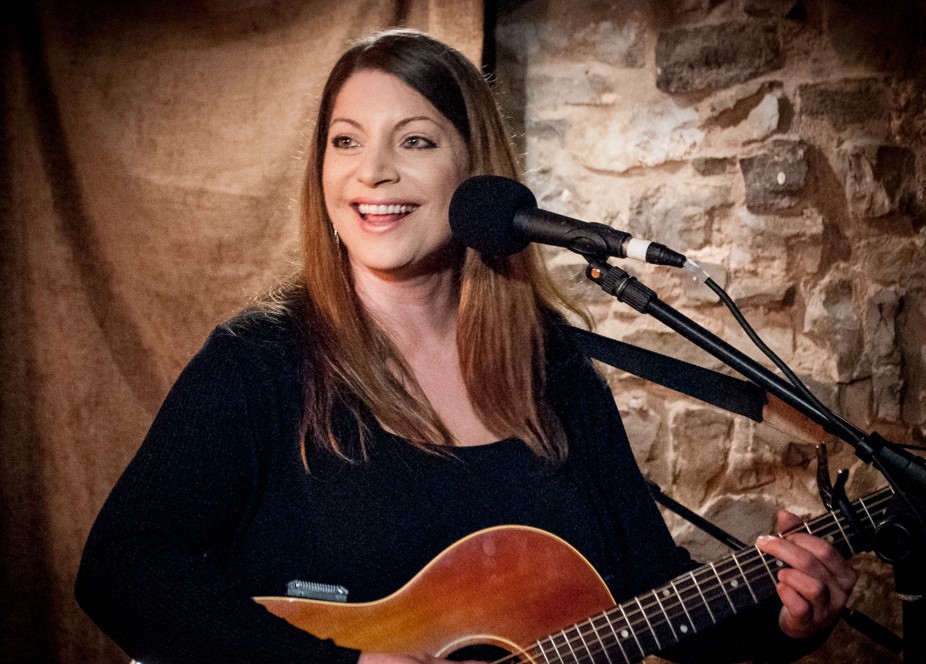 Edwina’s beautifully written songs, charming stage presence and voice of an angel have won her a reputation as a true natural talent of gentle folk-Americana.

She has opened numerous shows for Jools Holland and Van Morrison as well as her own gigs playing stages everywhere from Glastonbury Festival to The Royal Albert Hall. Edwina numbers Michael Parkinson and Mike Harding among her fans and the title track of her album Pour Me A Drink was covered by Nanci Griffith who calls her ‘the sweetest voice in England’.

Her cover of the Randy Newman song Feels Like Home was featured in the Cameron Diaz film My Sister’s Keeper and has since had over eight million plays on You Tube.

Edwina is often invited to guest on studio albums and support major artists on tour and as well as touring with Jools Holland, Van Morrison and Nanci Griffith, Edwina has also toured with artists ranging from Loudon Wainwright lll and Roger McGuinn to KT Tunstall and Gretchen Peters. Edwina was the support for Fairport Convention in 2014 on their 31 date Wintour and that same year toured China followed by an Australian Tour in 2015.

Edwina was born in Dublin and grew up in Preston, Lancashire, before moving to the East coast of Yorkshire, where she has been based ever since.

Dividing her time between the UK and America, Edwina’s second home is Nashville where she is much loved as a songwriter and artist.

Having signed with Warner Chappell Publishing and with an eclectic range of influences from Bob Dylan and Carole King to Van Morrison and Gillian Welch, Edwina released her debut album ‘Out On My Own’ on Warner Brothers to critical acclaim. Produced by Clive Gregson and Nick Drake producer John Wood, the record featured Dr Hook’s Dennis Locorriere as a guest vocalist and became a favourite on Michael Parkinson’s BBC Radio Show.

Edwina released her second album ‘Pour Me A Drink’ independently to great success. Much more stripped down and acoustic, Nanci Griffith covered the title track and Edwina’s version of Feels Like Home was played in full in the major motion picture ‘My Sister’s Keeper’ starring Cameron Diaz and Alec Baldwin. Edwina followed in the same style with her third release ‘Good Things Happen Over Coffee’ and touring constantly continues to attract wonderful reviews and fans worldwide.

Edwina was a member of the trio Hummingbird with Amy Wadge and Rosalie Deighton, and later Cathy Burton, touring and releasing the album ‘Tougher Than Love’ in 2007. In 2015 Edwina formed The Mile Roses with Kate Bramley and Simon Haworth, releasing their debut album ‘The Mile Roses’ and touring for several years before parting ways amicably, with Kari McLeod stepping in.

Edwina’s long awaited 4th solo album is due in 2020, with several more to follow, including an acoustic version of Out On My Own to mark the 15 year anniversary of its 2005 release