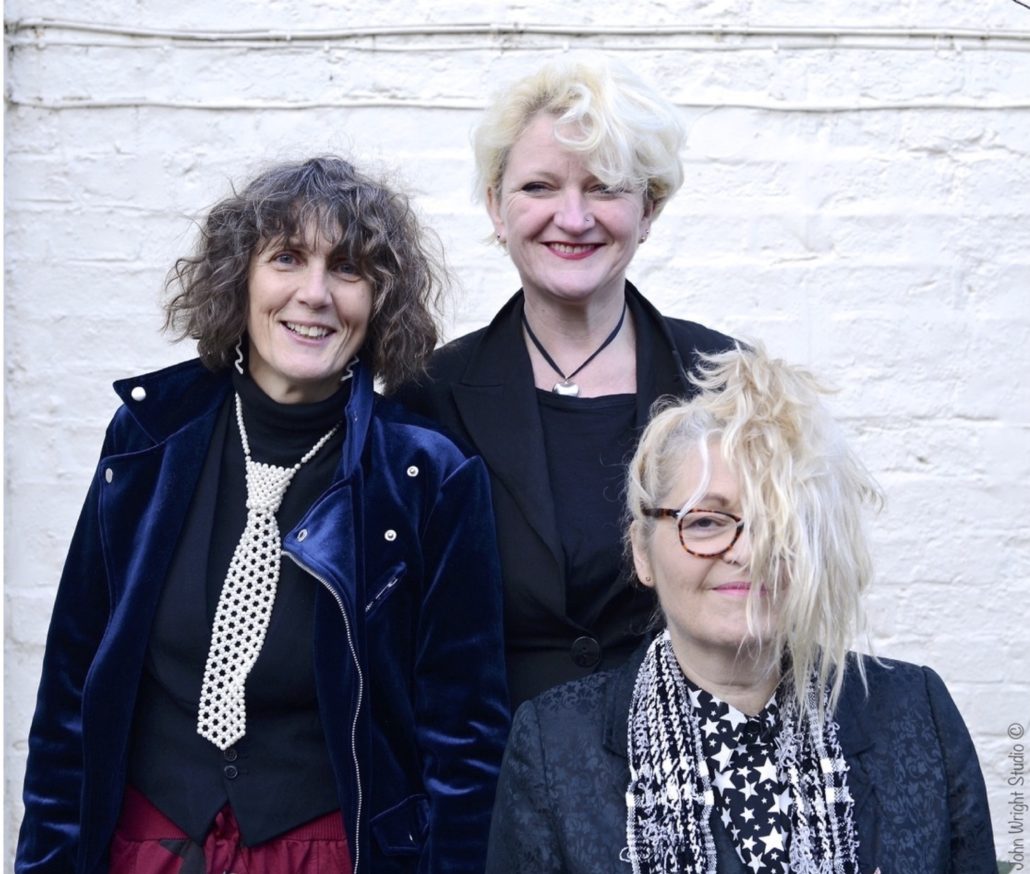 Sally Barker, Anna Ryder & Marion Fleetwood perform as IOTA. All three write, sing and sway in perfect harmony and each is a seasoned performer of the UK folk/rock scene.

Sally Barker (vocal, guitar & percussion) sang to millions as Tom Jones’ finalist on ‘The Voice UK’, but the singer-songwriter has entertained for years as a member of revered fem-folk group The Poozies and of the re-formed Fotheringay and as a solo artist supporting Bob Dylan, Robert Plant and Richard Thompson. Sally brings any song gloriously to life.

Anna Ryder (vocal, keys, accordion, guitar, dumbek, banjo & french horn) is a musical dynamo; an original and inventive singer-songwriter with a musical style that, although based in folk, spans an array of genres. Amongst others Anna has worked with Fairport Convention, Eddi Reader, Julianne Regan (All About Eve).

With a voice which has been described as ‘mesmerising’ and ‘siren-esque’, the blazingly dynamic Marion Fleetwood (vocal, violin, viola, cello, guitars & percussion) is a highly respected multi-instrumentalist and singer-songwriter. Best known as a member of TRADarrr and as a former member of ColvinQuarmby and The Jigantics, she is also a busy session musician.

IOTA evoke the spirit and musical energy of the Roches whilst channelling the Supremes, Destiny’s Child and Charlie’s Angels!

“I’m so excited that three of my favourite singer/songwriters and performers have formed this great new trio. They are fab!! And I love all of em” Dave Pegg of Fairport Convention

While, Matthews & While
Scroll to top