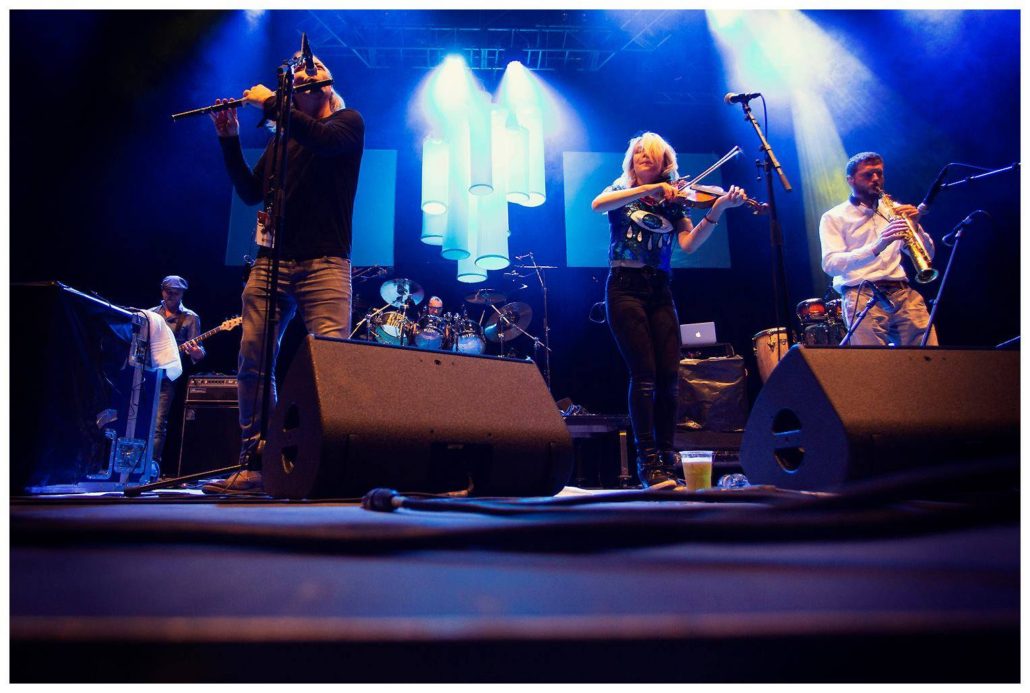 Jiggy continue the tradition of their musical ancestors while bringing a whole new exotic flavour to the table, more of a collective than an orthodox band, Jiggy’s mercurial line up mixes and melds Irish traditional music, world rhythms and cutting-edge dance grooves.

In September 2018 Jiggy took the internet by storm with their video ‘Silent Place’ celebrating the global togetherness of dance and to date it has clocked up more than 30 million views.

This introduced the band to a brand new audience worldwide and their debut album ‘Translate’ went to number 1 in the world music charts in Ireland, United States, Canada, France, Australia, Poland & UK and they are now a big hit with festival audiences across the globe.

Their version of Irish set dance ‘King of the Fairies’ also went viral with over 9 million views online, played on fiddle and underscored with Irish bodhrán, and a swinging hip-hop beat, this sound became the template for their debut album.

Over a year in studio sessions in Dublin and Mayo, they recorded the album while at the same time road-tested the music in front of festival audiences at events like Knockanstockan, Down with Jazz, Hotter Than July and Temple Bar TradFest – the band felt it was really important to play the tracks they were working on to audiences who were not familiar with their sound. As the album took shape, they invited guest vocalists Síle Denvir, Eoghan Ó Ceannabháin and Breda Mayock to add their voices to the mix, along with a number of guest musicians – finding the sonic sweet spot was a collective effort.

To oversee production and mixing, Jiggy brought in Dublin-based dance music producer Mark Murphy to work on the album. Mark added a fresh contemporary feel to the project – Jiggy didn’t want it to be a po-faced exercise in worthy global fusion. Jiggy is about colourful music for dancing and perhaps most importantly, good old fashioned fun and creative energy.

While there will always be critics dismissing people messing with musical traditions, Jiggy feel they are following a well-worn path led by innovators like Marxman, Martyn Bennett and Afro Celt Sound System.

With the versatile and instinctive musicians involved in the project finding the sonic sweet spot was a group effort. The one rule Jiggy had was that the music must never feel forced, whether it was exhilarating tunes with epic beats, down-tempo mellow grooves or languid airs we wanted to allow the various elements and textures to enhance and add the overall musical landscape.