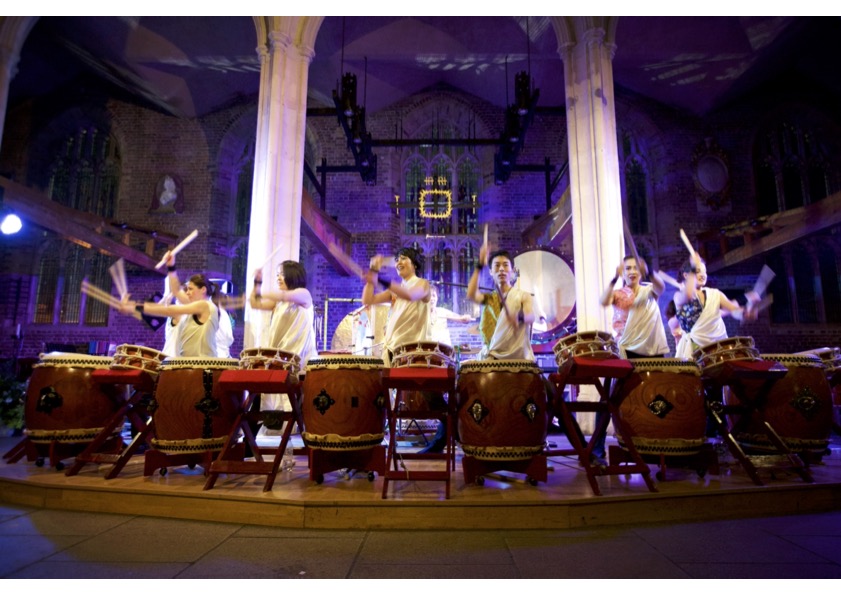 They have performed at worldwide concerts and international festivals including WOMAD, Bruges, Interparla and Sibiu Festivals, Viljandi Folk Festival, Estonia and many more include the UK, Europe, Japan.

They also performed as the opening act for the LIVE EARTH at Wembley Stadium along 100 drummers include Roger Taylor.

Joji has also represented Japanese Culture (Music) as a part of Japanese Government project for Middle East, Africa, Baltic States and so on and performed at various prestigious occasions, such as the UK Business Award Ceremony with the presence of HRH The Prince of Wales, BBC TV guest appearance and many corporate events worldwide.

The Christians
Scroll to top