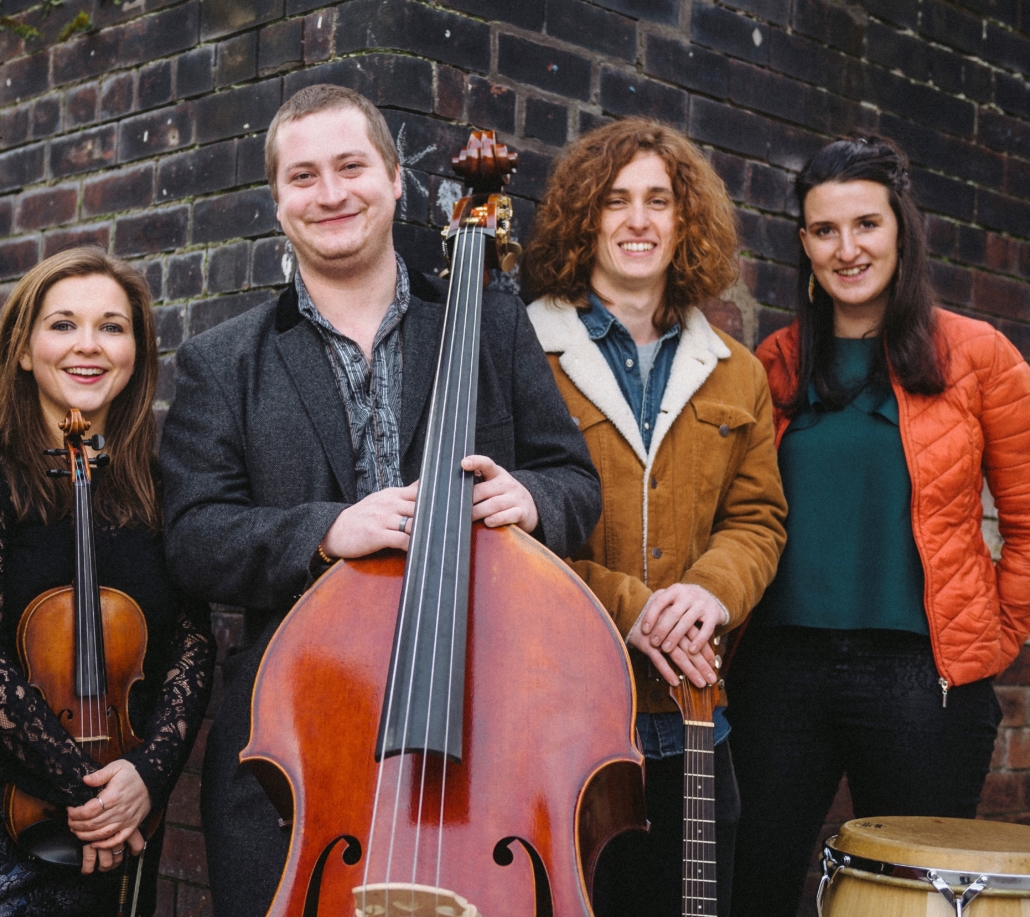 Kabantu is a collective from Manchester who unravel new marriages of music from around the globe to celebrate the space where different cultures collaborate.

“Kabantu” means “of the people” – stemming from the South African philosophy of Ubuntu – “I am what I am because of who we all are”. This is autonomous music bridging countries and cultures. An egalitarian creative process to defy genre and embrace sheer joy in music from all over the globe.

Highlights so far include performing at the BBC Proms at the Royal Albert Hall, live sessions for BBC Free Thinking Festival, BBC Radio 3 In Tune, World on 3 and an array of prestigious festivals and venues across the UK including The Bridgewater Hall, The Sage Gateshead, Celtic Connections, Musicport, Spitalfields Festival and Cambridge Folk Festival.

Kabantu were the winners of the Royal Over-Seas League Competition 2017. In 2018, Kabantu released their debut album “Of the People” to critical acclaim, produced by the Mercury-nominated Gerry Diver and supported by the Hattori Foundation and the PRS Foundation’s The Open Fund for Music Creators.

2019 saw Kabantu collaborate creatively with the BBC Singers and a tour of England and Wales with Welsh orchestra Sinfonia Cymru. They also toured Switzerland and even featured as guest artist in Yolanda Brown’s brand-new show for CBeebies.

Will Pound’s A Day Will Come
Scroll to top