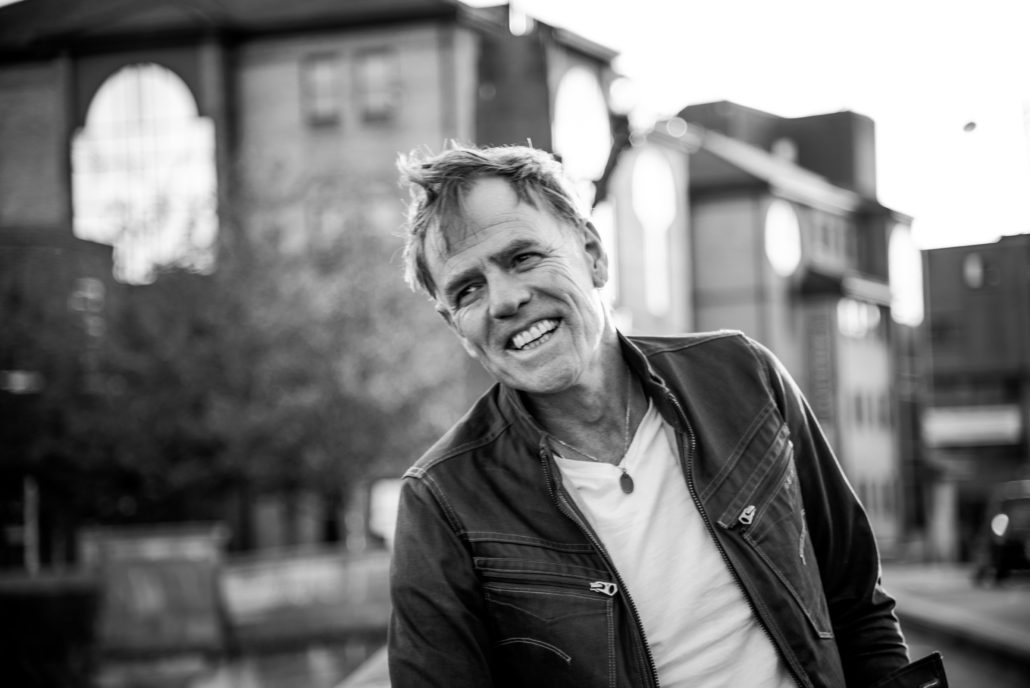 Martyn Joseph is a completely unique artist. Take everything you think you know about singer songwriter and rip it up. For one man and a guitar he creates a performance with a huge far-reaching sound that is energetic, compelling and passionate.

He is gifted with the rare ability to speak to the soul with his expressive and poignant lyrics and has a career spanning 30 years, 32 albums, over a half a million record sales and thousands of live performances, that many have described as the best live music experience of their lives.

Compared to Bruce Springsteen, John Mayer, Bruce Cockburn and Dave Matthews, he has created his own style and reputation as a mesmerising live performer and stands in his own right, built on a reputation for giving what thousands have described as the best live music experience of their lives. A unique talent driven by passion, social awareness and love for his trade, he’s a jaw dropping guitar player who has developed a unique percussive style, teamed up with a powerful show stopping voice, and has been called “The Welsh Springsteen”

In addition to his 5 top 50 UK hits, the importance of his work has been recognised by programmes such as BBC Radio 2’s prime time series on Singer/Songwriters. Social justice has an essential presence throughout his music, which has been recognised with various humanitarian awards and plaudits.

Concerned with making music that is relevant and vital to his audience, he engages with challenging narratives tackling the complexity of the human condition, underpinned with a promise of hope. In his own words “Really what I do is to try and write songs that might step up and make some sense of a moment in time. A good song makes you feel like you’re not alone in the world.”

There is a versatility to Martyn’s music that is hard to categorise. Many have tried, resulting in labels such as Folk, Rock, Soul, Folk Funk and Americana; all of which somehow miss the mark. But sometimes music doesn’t need a defining genre and with the ability to articulate a sense of the bigger picture, Martyn’s music and social commentary manage to empower and speak for many. His songs are pictures, and stories, and feelings all put to music and delivered by a master craftsman.

In 2013 Martyn released a CD of Bruce Springsteen songs, to great public and critical acclaim, with the glowing endorsement of Dave Marsh, acclaimed American music critic, official Springsteen biographer and close friend of the Boss himself.

2014 saw him take the spirit of his music onto a more practical footing with the launch of his “Let Yourself Trust”, a not-for-profit organisation which aims to make a small difference out of great love and commitment by challenging injustice wherever it’s found, educating via advocacy, campaigning for human rights, and raising issues that have been forgotten or ignored via fundraising initiatives, thus bringing about greater awareness for beautiful people in powerless situations. He’s also Patron of Advantage Africa and Festival Spirit in the UK and Project Somos in Canada/Guatemala.

He has won the love of audiences from USA and Canada to Europe through an impressive number of live dates, and has previously toured with the likes of Art Garfunkel, Jools Holland, Ani DiFranco, Suzanne Vega, Mike and The Mechanics, Joan Armatrading, Celine Dion and Shirley Bassey. He is hailed as a raconteur weaving tales on topical concerns, as well as stories on the fragility of love, with a magical ability to reach out to his listeners through his passion and humour. Stunning reviews single him out as an unmissable solo performer whose music stays with you long after the show has ended.

2016 was one of Martyn’s busiest, playing over 170 shows worldwide, he was also asked by the EFDSS and British Parliament to write and perform as part of“Sweet Liberties” with Nancy Kerr, Sam Carter and Maz O’Connor to mark 800 years of British democracy, One of his songs from this, “Nye” celebrating Nye Bevan, the author of the NHS, has been enthusiastically received by audiences everywhere, as well as having BBC national airplay on Mark Radcliffe’s Folk Show and Tom Robinson’s 6 Music show.

Martyn Joseph. A unique talent driven by passion and love for his trade, continues to write, sing and play from the heart. It’s a road he’s been travelling for most of his life and, as he often tells his audience, ‘you keep turning up and so will I.’

“Intelligent and enlightened songs are both energising and provocative…from subtle tenderness to growly indignation. A Welsh national treasure”  MOJO

“One of acoustic music’s most original voices, and most forward looking of his generation of singer/songwriters”  Q Magazine

“A profound experience”  The Boston Globe

“Songs of social commentary as much as love, with a rootsy sensibility”   Time Out