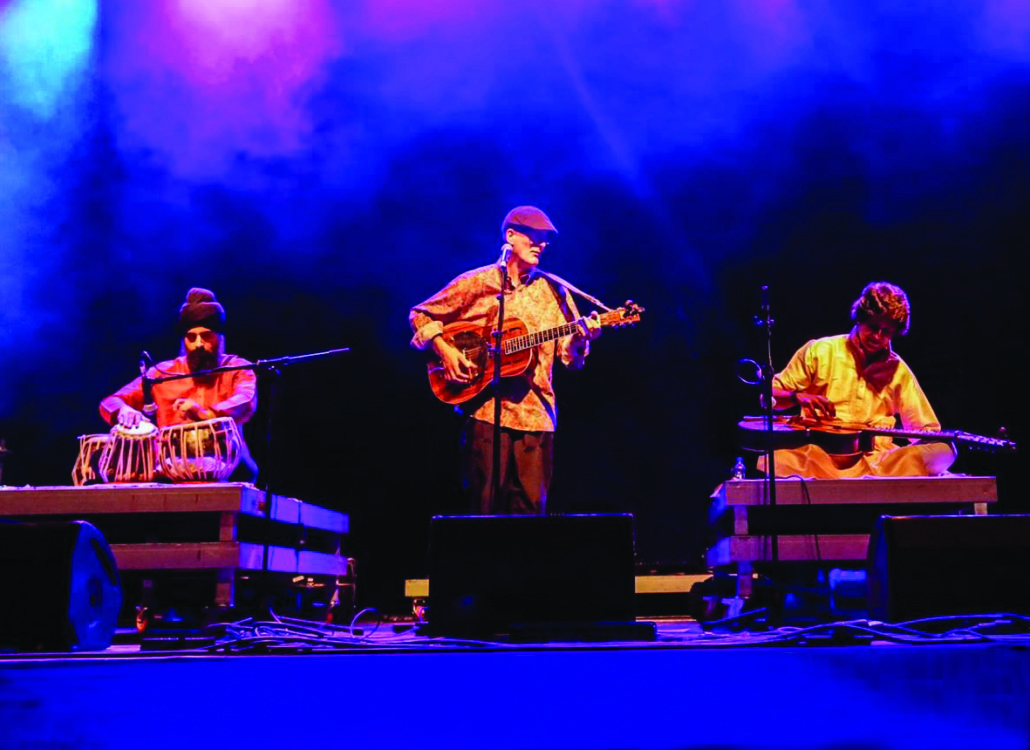 This is more than another meeting of musicians from different cultures, this is a band with a successful album and its own unique sound – an exhilarating and highly accessible fusion of blues and Hindustani classical music. With vocals, slide guitars and tabla, these three musicians from opposite sides of the globe create a fascinating musical journey, running from the banks of the Mississippi, via London, to Mumbai and the Ganges delta.

The album, Call Of The Blues, was released in 2016 and was immediately picked up by the blues, folk and world music media, getting worldwide radio airplay and press coverage in more than 40 countries and hitting #1 in the iTunes blues chart. Since the release of the album Michael Messer’s Mitra have done six successful UK tours, including shows at London’s Bush Hall, Green Note, Musicport festival, Shambala festival, and many of the UK’s leading venues.

2019 and Call Of The Blues is still getting played on radio worldwide, including two BBC appearances in February – a live BBC Radio 2 sessionon Cerys Matthews Blues Show and airplay on BBC Radio 2 The Folk Show with Mark Radcliffe.