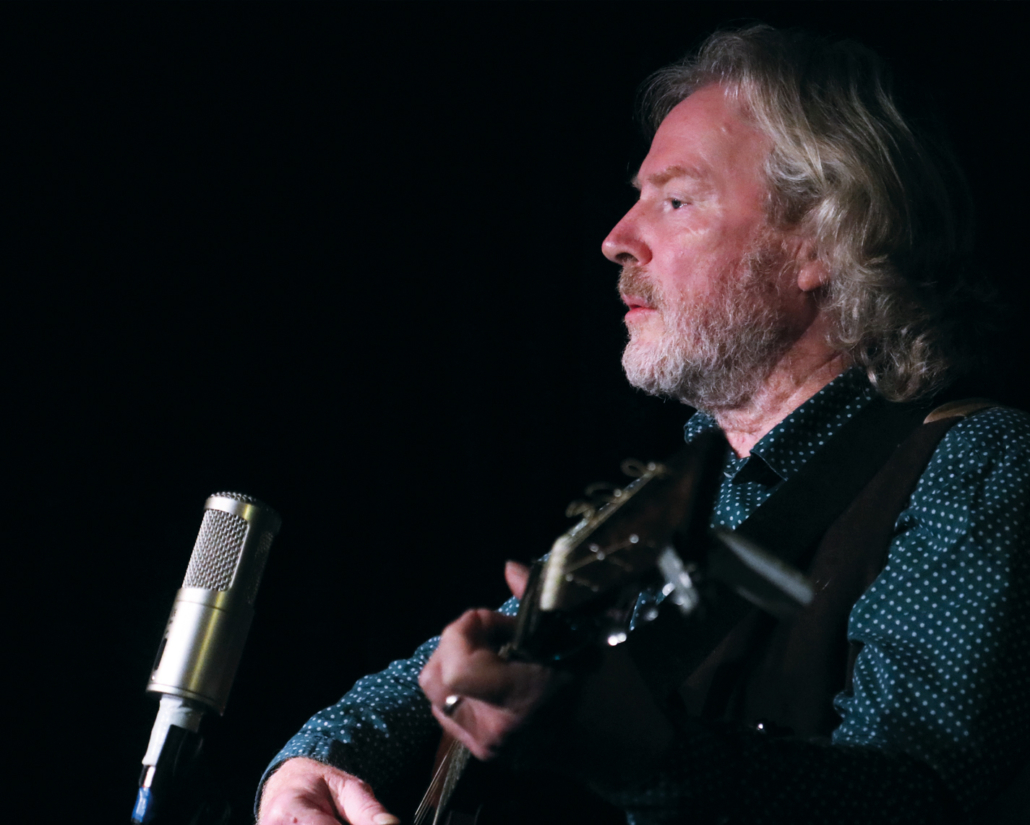 Described by Mark Radcliffe as a “brilliant singer-songwriter and true troubadour with a social conscience, “Somerset singer-songwriter Reg Meuross is now touring with new album 12 Silk Handkerchiefs and characters from 12 other superb albums.

And it’s not all protest, as well as story songs which bring characters from history to life and comment on life around him, Reg also writes and sings some of the most heart aching love songs ever written, performed with depth and spellbinding delivery. “There’s something special about the way he writes and delivers a song” said Townes Van Zandt. Reg has that rare gift of being able to touch people through his songs and performance, on a really human level, his words and music painting pictures that remain with the listener long after the song has been sung, accompanying himself masterfully on guitar and captivating audiences with his beautiful tenor voice.

“When you have 2000 people singing along, you’re doing something right.” Great British Folk Festival

“One of the most talented storytellers of our generation” Pennyblack Music

“A mighty songwriter and an equally fine singer” Martin Carthy