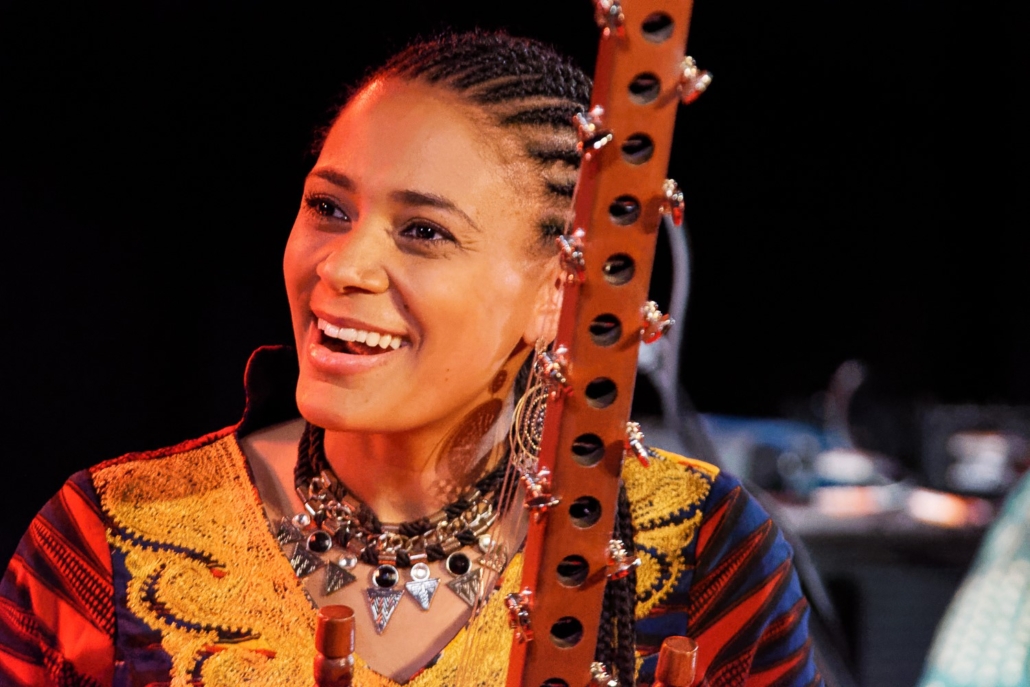 Sona Jobarteh is the first professional female Kora virtuoso to come from any of the West African Griot dynasties. Her lineage carries a formidable reputation for renowned Kora masters, most notable amongst these are her grandfather Amadu Bansang Jobarteh and her cousin, the legendary Toumani Diabaté.

Sona is reputed for her skill as an instrumentalist, her distinctive voice, infectious melodies and her grace onstage, and she has rapidly achieved international success as a top class performer.

The demand for Sona Jobarteh’s live performances has rocket in recent years, and 2019 saw her perform at some of the world’s most renowned festivals and venues such as the Hollywood Bowl in LA, WOMAD in Australia and New Zealand and Symphony Space in New York City, whilst also performing all over Europe, in China, Africa and Canada.

Sona has the unique ability to touch audiences from all over the world and from all backgrounds and cultures, whilst also commanding the attention of sitting presidents and royalty alike. Her captivating stage show has proved to be popular everywhere, and with a repertoire that exudes accessible sophistication, her audience demographic is forever expanding.

As a vocalist, Sona has featured in award-winning films such as the Hollywood movie Mandela: Long Walk to Freedom and The First Grader – the latter winning the “Discovery of the Year” prize at the Hollywood World Soundtrack Awards in 2012.