Stephen Fearing and The Sentimentals 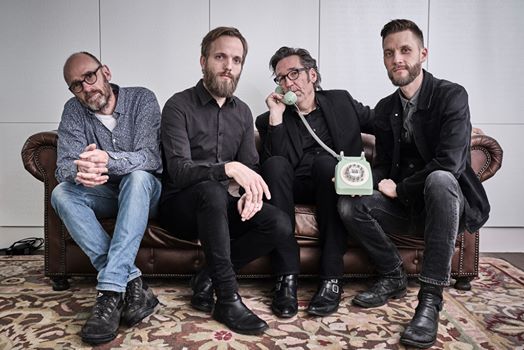 Born in Vancouver and raised in Dublin, Stephen Fearing has been named one of Canada’s finest singer-songwriters.

Celebrating the release of his 13th solo album, The Unconquerable Past, Stephen teams up with Denmark’s The Sentimentals (Jonathan Byrd, Ana Egge) to bring his mesmerizing blend of roots, Americana, and folk music to Shrewsbury.

Co-founder of roots-rock supergroup Blackie and The Rodeo Kings, Stephen is a beguiling teller of tales and master guitarist who delights audiences throughout North America, the UK, and Europe. Over the course of his celebrated career he has collaborated with artists such as Bruce Cockburn, Emmylou Harris, Nick Lowe, Sarah McLachlan, Keb’ Mo’, Rosanne Cash, and Richard Thompson.

A multi JUNO award winner, his 2017 album Every Soul’s a Sailor was named Worldwide Album of the Year by Blues & Roots Radio and earned him Contemporary Singer of the Year at the Canadian Folk Music Awards.

“Without a shadow of a doubt, one of the best songsmiths on the planet. Quality albums…stunning shows.” BBC UK

“A master of the finely-turned phrase and the perfectly-pitched line.” Maverick Magazine

The Sentimentals have toured both America and Europe with American, Canadian, Danish and Swedish artists since 2004 playing 1000+ shows. Past tours include Jonathan Byrd (including an appearance at Shrewsbury), Ana Egge, Dana Cooper, Matt Harlan, Anthony Da Costa and Slaid Cleaves. They also collaborated on album releases with Matt Harlan (Bow and Be Simple 2013), Jonathan Byrd (Mother Tongue 2015) and Ana Egge (Say That Now 2016).

The Sentimentals are M.C. Hansen on guitar & vocals, Nikolaj Wolf on bass & vocals and Jacob Chano on drums and vocals.