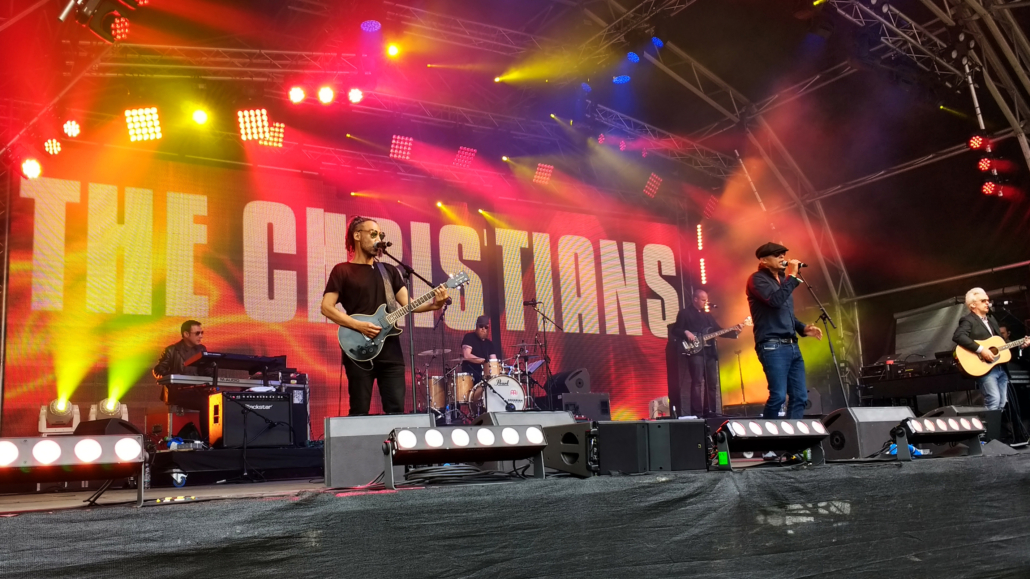 The Christians continued to tour extensively in the UK, Spain and France receiving rave reviews for their live performances.

Chris Evans described The Christians set on air in December 2013 as “the best gig I’ve ever been to”. Another album, “We”, was released in late September 2015. This involved their loyal fans “crowdfunding” the album in advance and the band themselves covering all of the production duties. A double-header tour with Roachford followed where the new material was promoted.

2017 saw The Christians touring extensively to mark the 30th anniversary of their debut album. Additionally, the album “Sings & Strings” was released which featured the reworking of 8 of their best known songs (plus “Harvest For The World” and “You’ll Never Walk Alone”) with a gospel choir accompanied only by a string quartet and piano. Shortly after, The Christians embarked on a 30 day Triple Header Tour with Altered Images and Midge Ure.