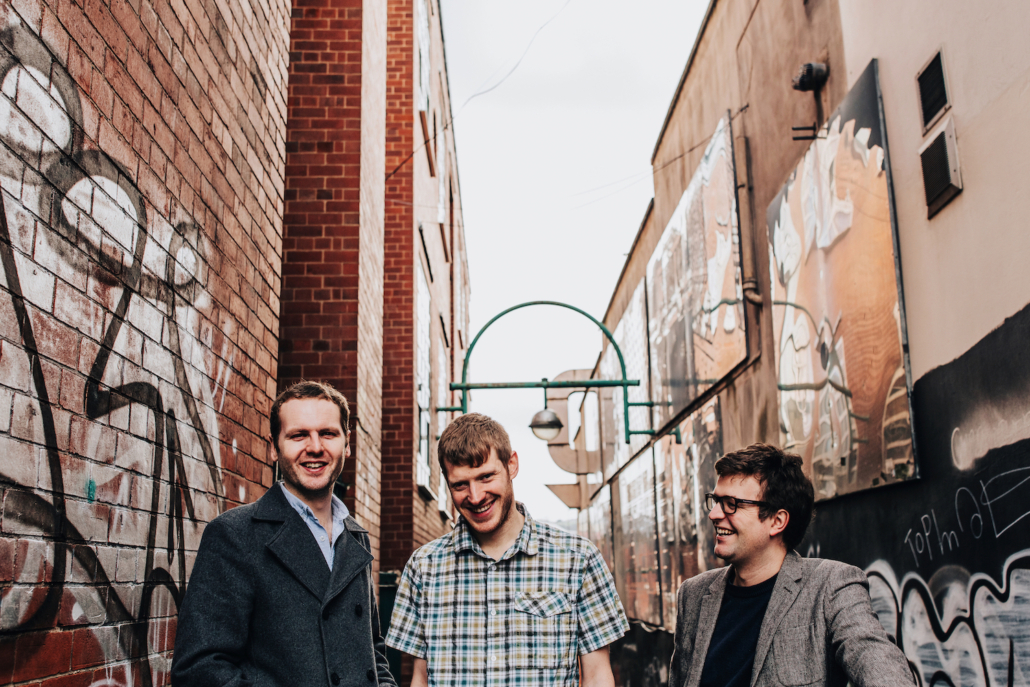 Teesside trio The Young’uns have always had the human touch. In the space of little more than a decade – and just five years after giving up their day jobs – they have become one of UK folk music’s hottest properties and best- loved acts.

With their strong songs, spellbinding harmonies and rapid fire humour, they have achieved one of the trickiest balancing acts – an ability to truly ‘make them laugh and make them cry’, while cutting straight to the heart of some of our most topical issues.

In 2017, they unveiled their fourth studio album Strangers – playing their strongest suit to date. Bold, profound and resonant it showcased the growing talents of Sean Cooney, fast becoming one of folk’s finest songwriters.

Together with Michael Hughes and David Eagle, Cooney has come up with a collection of folk songs for our time, all sensitively arranged by the 30- something trio – looking back at wartime heroes here, offering a news report for the 21st century there, turning the spotlight on injustice and ultimately celebrating the indomitable human spirit.

In 2018, Strangers was crowned ‘Best Album’ at the BBC Radio 2 Folk Awards. In the same year, The Young’uns produced and presented a new and unique piece of modern folk theatre. The Ballad Of Johnny Longstaff is the story of one man’s adventure from begging on the streets in the north of England to fighting against fascism in the Spanish Civil War, taking in The Hunger Marches and The Cable Street Riots.

It’s a timely, touching and often hilarious musical adventure following in the footsteps of one working class hero who witnessed some of the momentous events of the 1930s.

With their trademark harmony, honesty and humour the Teesside trio bring together 16 specially composed songs, spoken word, striking imagery and the real recorded voice of Johnny himself to tell a remarkable human story oozing with modern relevance.

Blackie and The Rodeo Kings

The Lost Words: Spell Songs
Scroll to top
Our website uses cookies to ensure you get the best experience. Find out more.