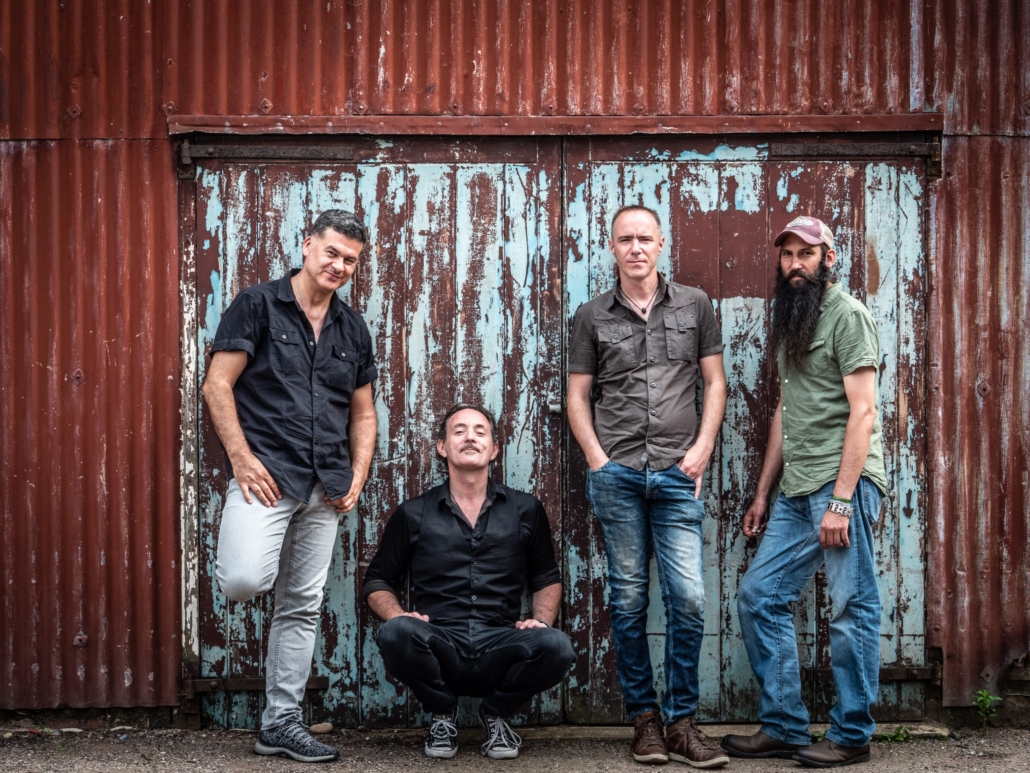 Comprised of 2 Irishmen, 1 Englishman and 1 American the band came together in 2011 to make their unique brand of acoustic music; a veritable 4×4 of voices and instruments identified for their dynamic fusion of styles including folk, latin, Americana & even some bluegrass.

The four international “madrileños” (Garrett Wall, Dave Mooney, Howard Brown & Robbie K. Jones) whose artistic names derives from the dark subterranean world of New York’s subway system, present Fire On The Rails, a kicking album that grows on the work that has opened so many doors for the band.

Fire on the Rails is Track Dogs’ second LP recorded on the Studer A80 analog tape machine recovered from Abbey Road at Playground Studio in Madrid. Since Kansas City Out Groove (2018) and their compilation of ukulele-based recordings, Uke Songs By Track Dogs (2019), the band has deepened and elaborated its sound explored. Producer Germán Gutiérrez has managed to make Track Dogs pack even more punch and achieve grandeur in the sound that they’ve been cultivating over more than 100 songs in their recording career.

Track Dogs turned to Nashville talent to up the game on their new compositions. Eli Bishop (Grand Ole Opry, Wynton Marsalis) provides string arrangements for “Love And War”, “On The Last Night” and “Abi’s Lullaby”. In line with the Nashville connection, Americana star, Ashley Campbell, lends her pristine banjo picking to “Don’t Delay”. Track Dogs have extended the reach of their established sound to the realm of world music with “Love And War”. Apart from the strings of Eli Bishop and a cracking doumbek, the album’s lead track pulls together folk legends Phil Beer of Show of Hands, grammy-winning Lisa Gutkin of the Klezmatics and Fergal Scahill of We Banjo 3 to elevate the call for unity and tolerance that “Love And War” shouts for. Danny Erker (The Jones St. Boys) also adds some stellar mandolin to the track “Dragonfly’s Castle”

Track Dogs show off the group’s strength and growth in that lead vocals, are also shared out by trumpeter Howard Brown in “And The Piano Sings” – a tribute to Freddy Mercury – and percussionist Robbie K. Jones in “I’ve Needed You” and “Dragonfly’s Castle”.