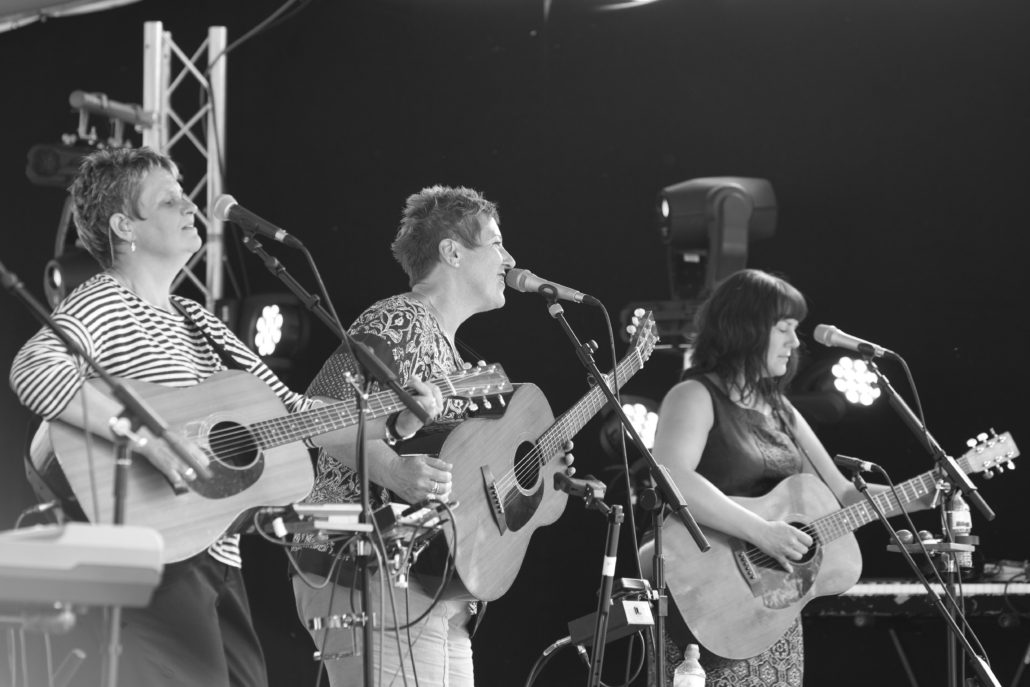 Be prepared to be delighted and moved by the beautiful voices, surprising songs and ready wit of these three gifted women, coming together for a rare trio performance.

Chris While and Julie Matthews have been a duo for 25 years, during which time they have been Radio 2 Folk Awards winners in the best duo category, released ten studio albums, toured the world and formed supergroups Daphne’s Flight and St Agnes Fountain. They have made their mark as songwriters over the years in projects such as The BBC Radio 2 Radio Ballads and more recently in the Ballads of Child Migration. They have been touring Australia and New Zealand bi-annually for over two decades, earning them their rightful place as festival headliners as well as building a following as loyal as that in the UK.

Chris and Kellie While have been singing together since Kellie was 14-years-old but the last decade has seen them establish a firm Mother-Daughter duo, releasing three studio albums and touring the UK each year. As well as singing with Chris, Kellie was the lead singer in the Albion Band, e2K and tours every December alongside Ashley Hutchings, Simon Nicol and Simon Care in the Albion Christmas Band.

Kellie has occasionally joined Chris and Julie on stage and those very special moments, and a never-ending request from audiences to hear more, finally prompted them to sit down and create a trio repertoire. Although their live appearances as a trio have been extremely rare (due to Kellie’s day job as an executive radio producer and Chris and Julie’s touring, recording and writing schedule) when they do get together, it is always a very special occasion, thrilling audiences and themselves alike.

With new songs as well as an eclectic mix of used ones, it is their three-part harmonies and tasteful arrangements where the magic happens. Their love of singing together is joyful and infectious.

Don’t miss a concert with While, Matthews & While, they happen all too rarely.