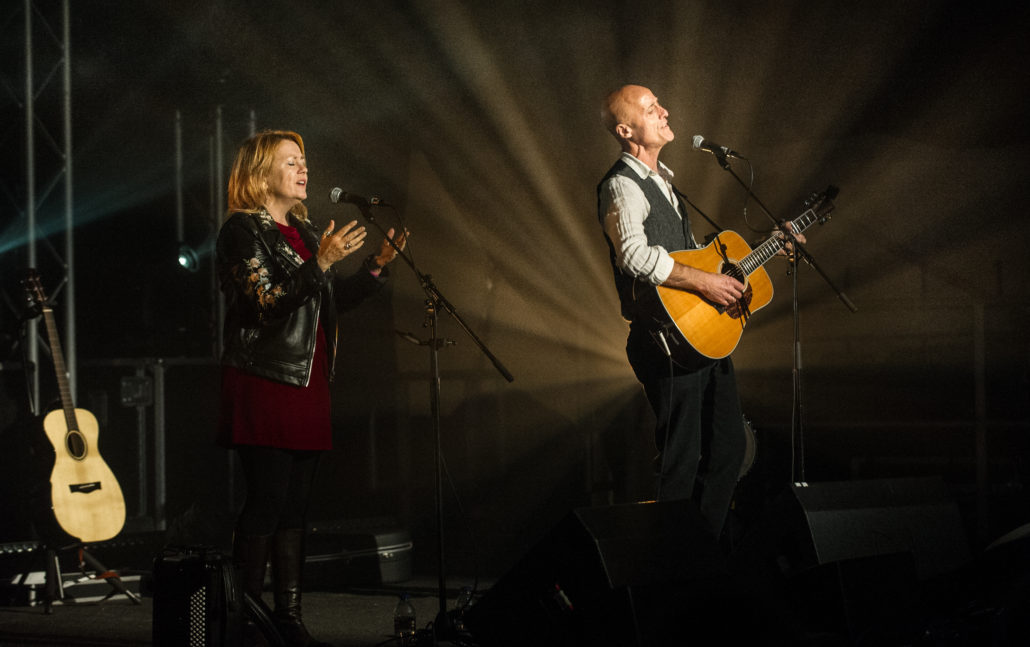 Winter Wilson hit 2018 at full speed with the stunning new album “Far Off on the Horizon”, and a tour with folk rock legends Fairport Convention. Their 2019 schedule maintains the momentum, including tours of Australia, Canada and Europe, plus the release of “Live & Unconventional”, an album recorded live on the tour and featuring Fairport.

Kip Winter and Dave Wilson bring a sense of intimacy to every venue, blending superb, often hard-hitting original songs, stunning harmonies and musicianship with hilarious tales of life on the road.

Kip (vocals, accordion, guitar, flute) “simply has a voice to die for” (John Roffey, Maverick Magazine),whilst Dave (vocals, guitar and banjo) is rightly recognized as being amongst the top tier of British songwriters, with his songs covered by some of folk’s “greats”.

Together, their voices are sublime. “In 30 years of listening to folk music, I have never heard two voices blend so perfectly” (David Aird, Chairman, Glenfarg Folk Club)

But it’s in live performance where these two really excel. Every show is different, but entertainment is key. That’s why so many clubs and festivals book them time and again.

Singing out for the underdog in glorious harmony and a hat full of laughs for good measure.