After months of negotiation, we can confirm the Richard Thompson Electric Trio as our final Sunday night headliner!

Richard has been to Shrewsbury several times to perform solo acoustic sets but this is the first time we have persuaded him to give us a full-on electric performance.

Rolling Stone voted him one of the best 20 guitarists of all time, his piecing, delicate, guitar work brought him MOJO magazine’s Les Paul Award; his equally gripping songwriting earned him the 2012 Americana Music Association’s Lifetime Achievement Award and Britain’s coveted Ivor Novello Award. We are very proud to bring Richard’s rare and exceptional talents to Shrewsbury.Featuring Michael Jerome on drums and Taras Prodaniuk on bass/vocals, it is going to be immense! 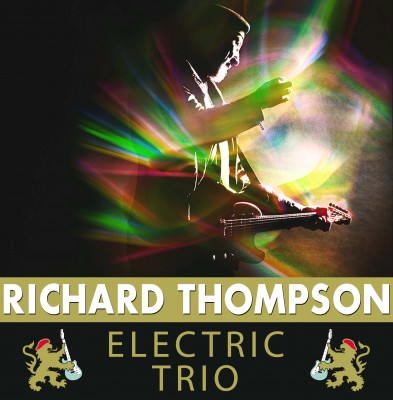