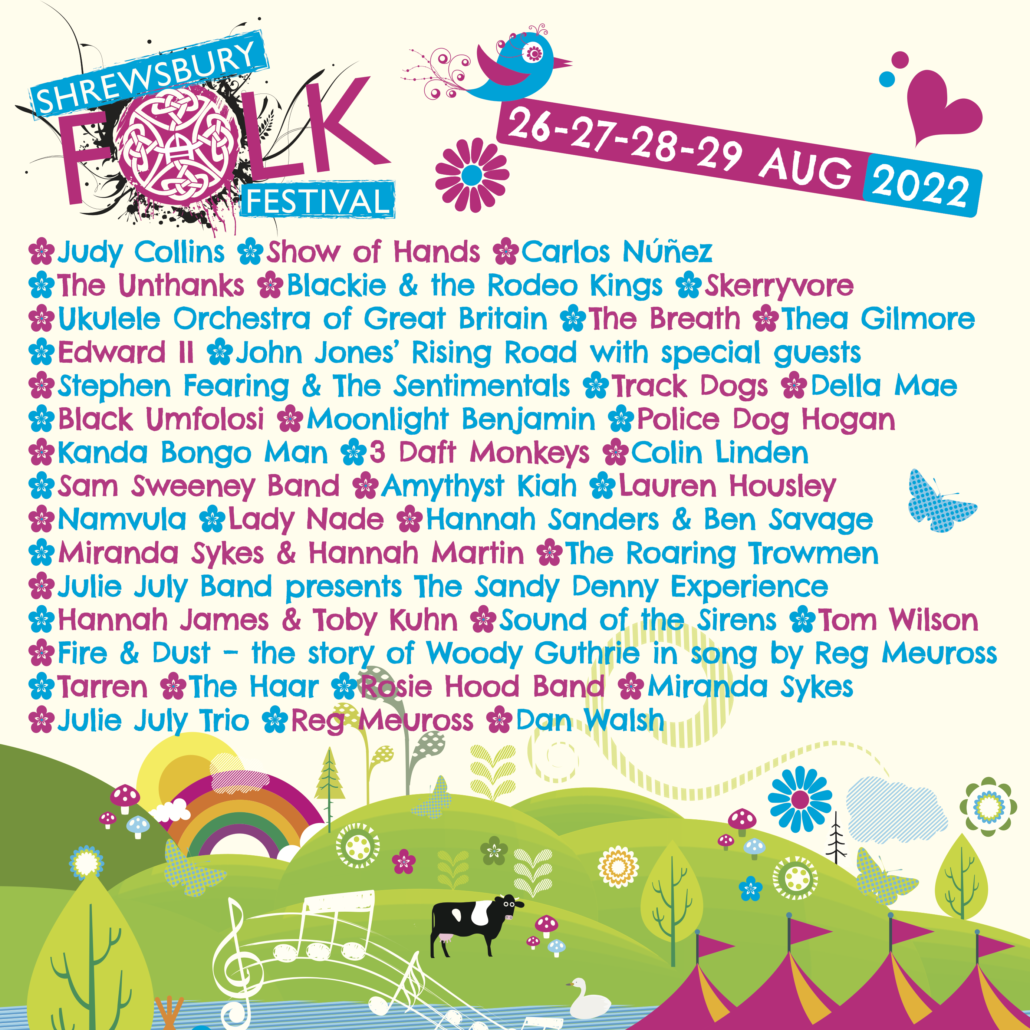 Director Sandra Surtees said: “Our eclectic line-up really does have something for everyone. We’ve gained a reputation for bringing the best of North America folk artists to the festival with a growing world music interest too. As ever, we’ll have some of the best of contemporary and traditional British folk acts as well.

“We’re really looking forward to the international flavour of the festival after covid and travel restrictions meant we were unable to have overseas performers in 2021. It’s going to be great!”

Day and weekend tickets for August 26th to 29th are on sale at www.shrewsburyfolkfestival.co.uk where you can find a full line-up.  You can book tickets here.