Shrewsbury Folk Festival has been awarded £93,000 as part of the Government’s £1.57 billion Culture Recovery Fund (CRF) to help face the challenges of the coronavirus pandemic and to ensure they have a sustainable future, the Culture Secretary has announced today.

The four-day annual event is one of 1,385 cultural and creative organisations across the country receiving urgently needed support. £257 million of investment has been announced today as part of the very first round of the Culture Recovery Fund grants programme being administered by Arts Council England. Further rounds of funding in the cultural and heritage sector are due to be announced over the coming weeks.

The funding will help with the festival’s on-going running costs as it plans its 2021 event and will support the implementation of the relevant measures to ensure the safety of festivalgoers attending next year.

Culture Secretary Oliver Dowden said: “This funding is a vital boost for the theatres, music venues, museums and cultural organisations that form the soul of our nation. It will protect these special places, save jobs and help the culture sector’s recovery.

“These places and projects are cultural beacons the length and breadth of the country. This unprecedented investment in the arts is proof this government is here for culture, with further support to come in the days and weeks ahead so that the culture sector can bounce back strongly.”

Chair, Arts Council England, Sir Nicholas Serota, said: “Theatres, museums, galleries, dance companies and music venues bring joy to people and life to our cities, towns and villages. This life-changing funding will save thousands of cultural spaces loved by local communities and international audiences. Further funding is still to be announced and we are working hard to support our sector during these challenging times.”

Festival Director Sandra Surtees said: “We are very excited and grateful to have received this grant. It will allow us to lay on the same fabulous festival that we always do with the necessary measures in place to ensure the wellbeing of our festival family.

“Being able to bring such an incredible variety of live music to Shrewsbury every year is a huge honour and we’re delighted that the contribution we make to local culture and the economy has been recognised with the award of this grant.” 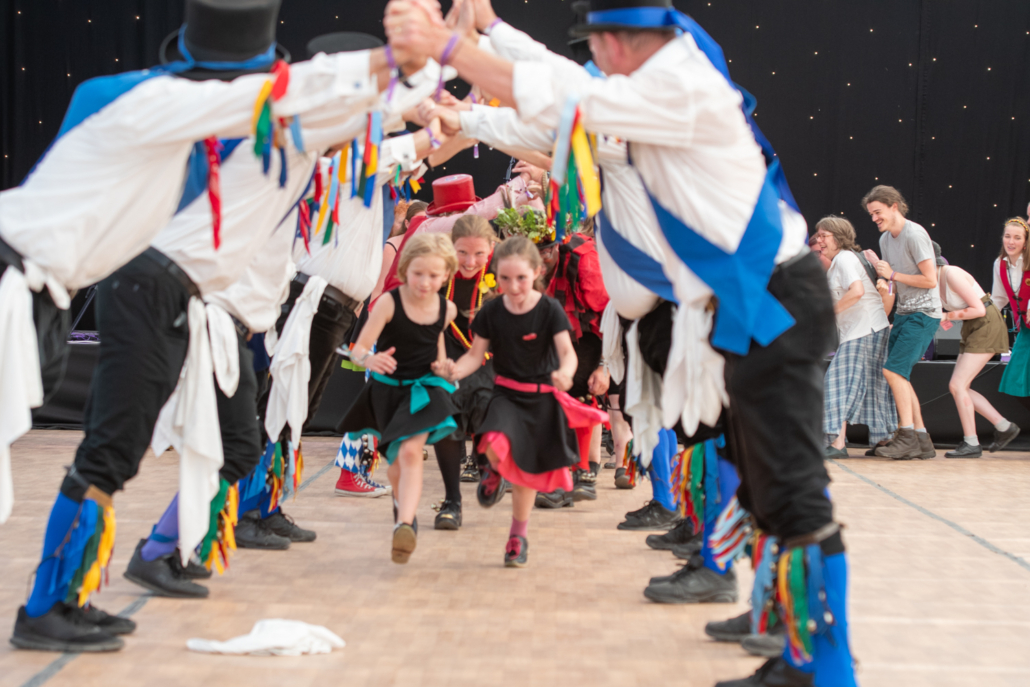 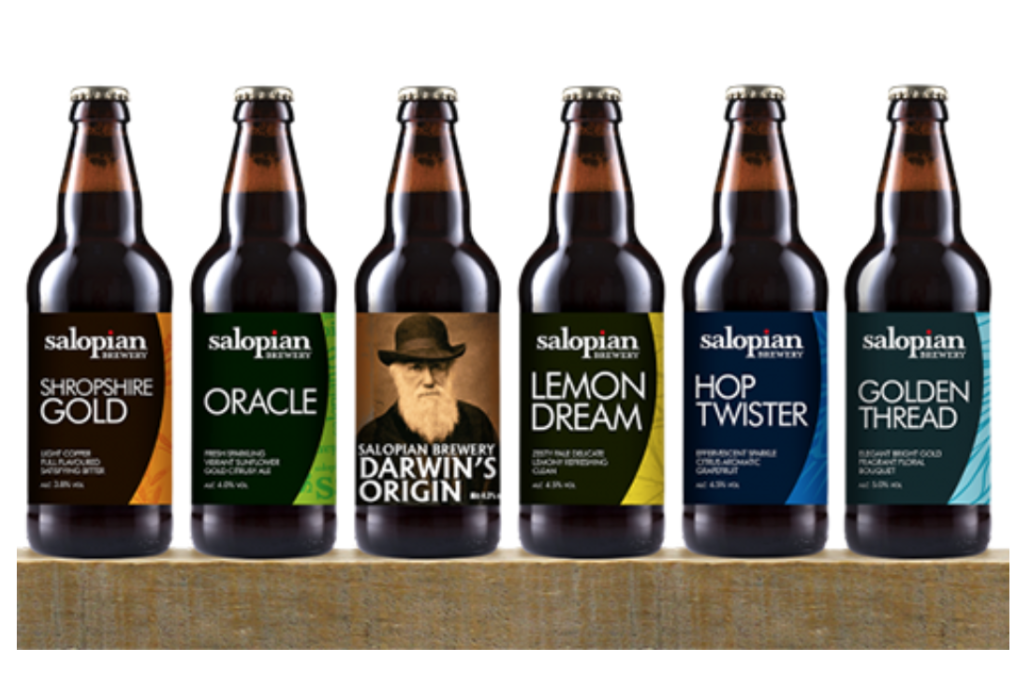 You can order a mixed case of 12 bottles featuring six of its top tipples including Shropshire Gold, Lemon Dream and Oracle and two Salopian Brewery pint glasses for £32 – £39.99 delivered. Collection from the brewery near Shrewsbury is free. 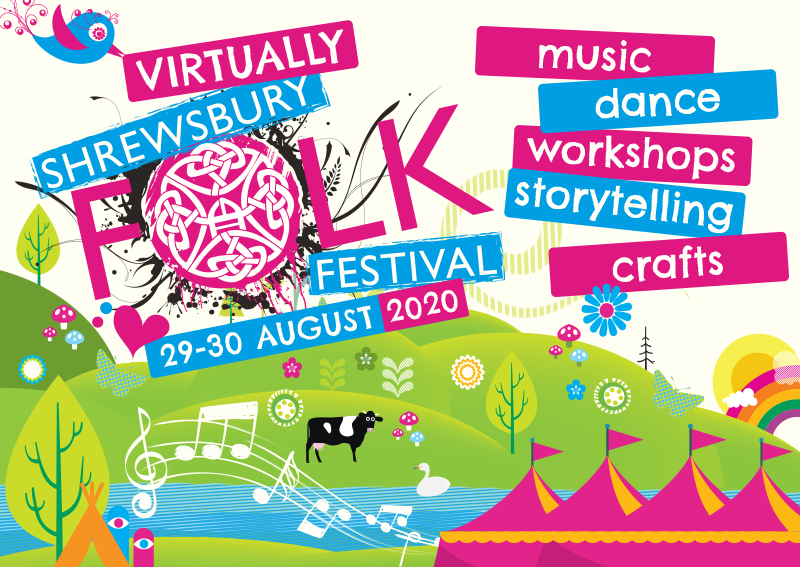 The thought of an August Bank Holiday without our annual dose of SFF magic was unthinkable so we’ve created Virtually Shrewsbury Folk Festival to take place on Saturday and Sunday August 29 and 30. It will be two days of music, dance, workshops and other festival related fun to keep you going until the ‘real’ thing in August 2021.

We have been lucky enough to receive funding from Arts Council England’s Emergency Response Fund (thanks to all you National Lottery players) and Shropshire Council’s Emergency Arts Fund to put on Virtually Shrewsbury Folk Festival for which we are hugely grateful.

So SAVE THE DATE and get ready to enjoy your own virtual Shrewsbury Folk Festival at home! We’ll be announcing details about the line up, workshops and more over the next few months.

Festival Director Sandra: “We have incredibly loyal supporters and the festival is often their most anticipated weekend of the year.

“Although we can’t be together, we hope that people will enjoy recreating their own festival at home by joining in our virtual activities including workshops, dances or listening to their favourite artists.

“Of course it won’t be the same as being there but we hope that Virtually Shrewsbury Folk will go some way to filling the big void that we will all feel over the festival weekend. We are very grateful to the Arts Council and Shropshire Council for supporting us to deliver this programme that everyone can get involved with.” 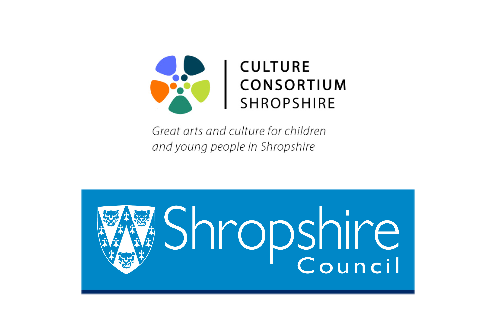 It is with the heaviest of hearts that we have decided to postpone this year’s Shrewsbury Folk Festival. It will now take place from August 27th – 30th, 2021.

We know that many people will be disappointed – we are too. Our small team is hugely passionate about the festival and our summer just won’t be the same without it.

But, as our festival preparations move into full swing, we feel we have no alternative given that the repercussions of the coronavirus pandemic will be felt for some time to come. We wanted to make this announcement now to give you as much notice as possible.

Our priority must be the health and welfare of our festival family – the festivalgoers, volunteers, performers, caterers, traders, contractors and many, many more people who come together to make it the magical event it is.

Although the festival is more than four months away and government restrictions may be lifted by August, we appreciate that people may understandably be nervous about taking part in large gatherings.

In addition, our site – the West Mid Showground – was very badly affected by severe flooding earlier this year and the team there has been unable to continue restoration work due to the restrictions in place.

Therefore it is a sensible move to postpone this year’s festival so we can deliver an event of the quality you expect from us in 2021.

This is not a decision we have taken lightly when many musicians are already feeling the pressure with gigs and tours on hold. Please continue to support them where you are able. We will be transferring our 2020 line up to 2021, providing performers are available, and we hope people will retain their tickets and join us for the mother of all parties next year!

We know that our loyal contractors, traders and our charity partner will be adversely affected by this postponement but these are unprecedented circumstances for which none of us could have been prepared. We look forward to working with them again in 2021.

In the meantime, we want to thank everyone for your ongoing support and we will see you next year. Please keep well, stay safe and look after yourselves and those around you.

With love from Sandra and the festival team.

Nothing. We truly appreciate your support and we look forward to seeing you in 2021! You’ll need to hang on to your 2020 tickets and bring them to the 2021 festival.

What is the date of Shrewsbury Folk Festival 2021?

Can I have a refund?

I was due to volunteer this year. Do I need to reapply next year?

We understand people’s situations may change from year to year so we’ll be opening applications for volunteer steward places later this year. Please apply – we’d love to have you. You’ll be able to apply here.

What about my catering pitch?

Please check your inbox for an email from the festival. We will be contacting the caterers who were selected for this year’s festival and holding their place for 2021. If we need more caterers next year we will open applications in the autumn.

What about my craft / music stall application?

We will reopen applications for craft stalls, music stalls and traders later this year and hope that you will reapply again to join us in August 2021.

What is the best way to stay in touch?

We are keeping a very close eye on how the landscape is changing in relation to the coronavirus. Advice is currently that it is likely to peak before the summer. At the moment, preparation is continuing as normal and we expect the festival to take place in August.

We know it’s testing times for everyone but please spare a thought for all those musicians and performers who are being affected by events and gigs that are being cancelled. Consider how you can help them – buy their albums, support their Crowdfunders etc – a little help will go a long way.

Stay safe and look after yourself!

🎉🎉🎉 WE ARE THE BEST MIDLANDS MUSIC & BEST SHROPSHIRE MUSIC FESTIVAL! 🎉🎉🎉

With all that is going on in the world at the moment, we were over the moon to get this good news – we picked up not one but two awards in the Shropshire What’s On Readers Awards for Best Midlands Music Festival and Best Shropshire Music Festival!

More than 68,000 votes were cast and we were up against some very tough competition so it means a huge amount to have won both awards. Thank you to everyone who showed us their support and all the people who work so hard to make us the best!

We have a great line up already announced with even more acts to be revealed so if you need something to look forward to, please book your day or weekend tickets NOW and prepare for an August Bank Holiday Weekend full of fabulous music, dance, and much more! 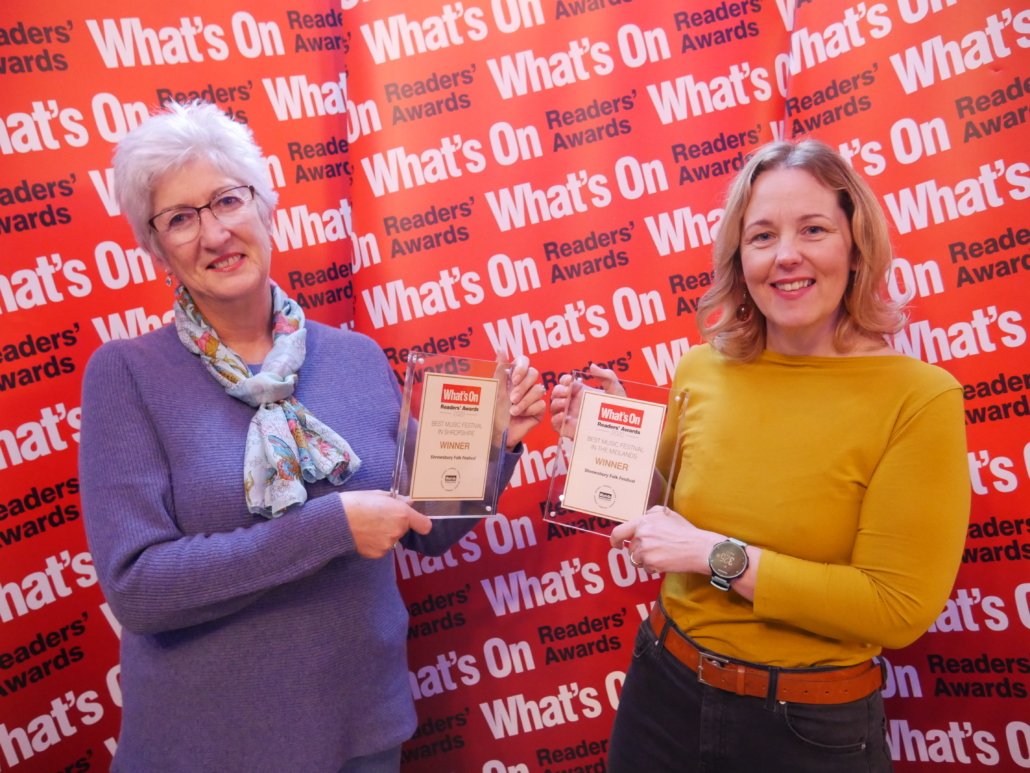 We have revealed the second wave of artists on our 2020 line up – topped by non other than American folk legend, Judy Collins!

Festival Director Sandra Surtees said: “We are over the moon to have secured performances from Judy Collins and Keb’ Mo’ in particular – they are both absolute stars in their own genres and a huge coup for us.

“Although we are a ‘folk’ festival, our line up is incredibly diverse, showcasing everything from traditional and contemporary folk from all corners of the UK to Americana and blues as well as world music.

“The festival has earned an international reputation as a world class event so that enables us to entice such an amazing array to musicians to this corner of Shropshire. We still have more headliners to announce so our advice is, as always, to book as soon as possible before ticket prices go up into the next tier.”

Fringe activities take place in Shrewsbury town centre throughout the weekend including dance displays in the town centre, a parade through the streets on the Saturday afternoon and bands performing in local pubs.

Weekend and day tickets can be booked here. Onsite camping and glamping is available for weekend ticket holders.

For more about the artists on this year’s line up, click here. 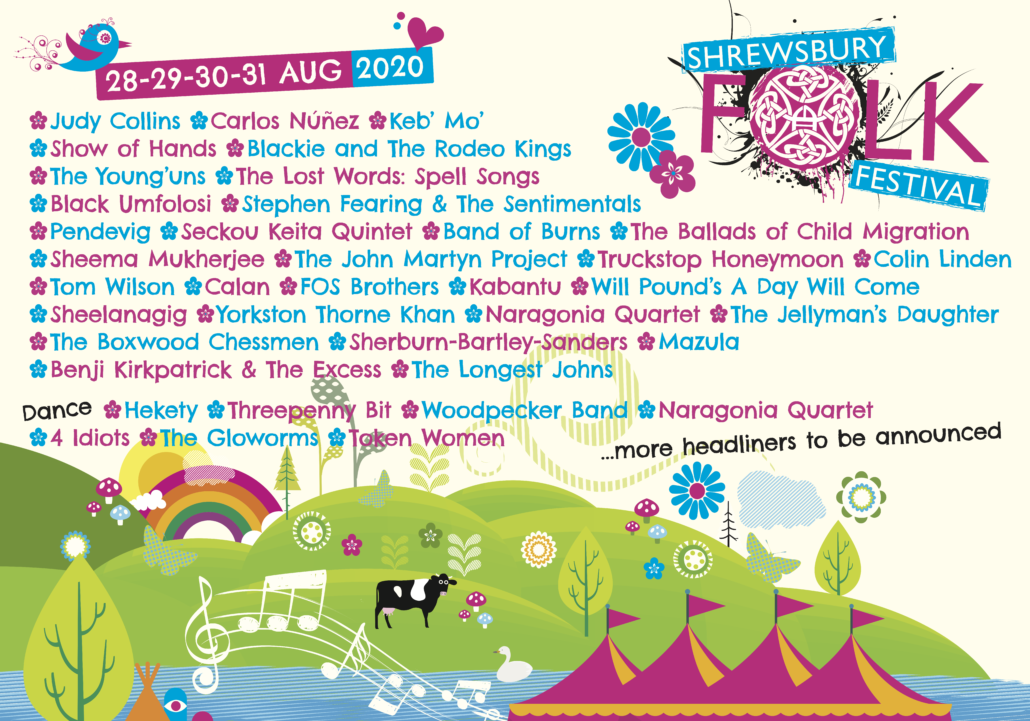 Our pals at Roots Records have been crunching the numbers of CD sales at this year’s festival and the results are in!

Please bear in mind that this is not an exact science – established bands will already be in people’s record collections, availability of stock etc etc.