The What’s On media group has recognised our co founder and director Alan Surtees with a lifetime achievement award.

It was a great honour for festival director Sandra to collect the What’s On Lifetime Achievement Award that was posthumously made to Alan, who died in June 2017, at the recent Readers’ Awards ceremony. 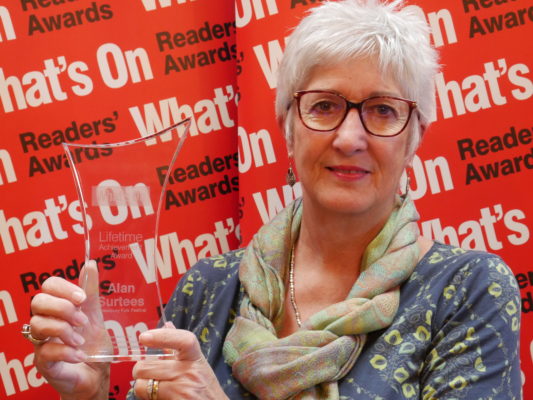 This was a discretionary award made by What’s On in recognition of Alan’s work in raising the profile of Shrewsbury,  Shropshire, and folk music.

We were also named Runner Up award in the Best Midlands Music Festival category – the title we won in 2017 – so thanks to everyone who voted.