We’ve teamed up with 2016 sponsors Hobsons to create a special beer for the festival but we need your help to give it a name. The commemorative ale is a 4.2% abv crisp pale ale brewed with Hersbrucker, Cascade and Chinook hops giving the beer rounded citrus notes. 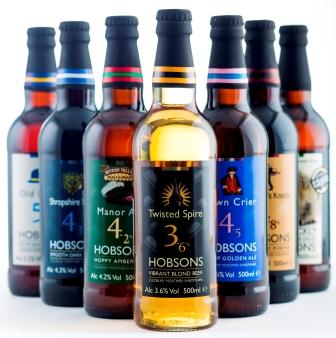 To enter the competition, simply submit a name for the beer and the judging panel will choose one to feature on the pump clip on the beer sold at the festival bars. The winner will receive a mixed case of Hobsons beers and a VIP trip to Hobsons including lunch for two people.

Entries must be submitted by 19th August 2016. Click here for the full terms & conditions. This competition is only open to festival ticket holders aged over 18. 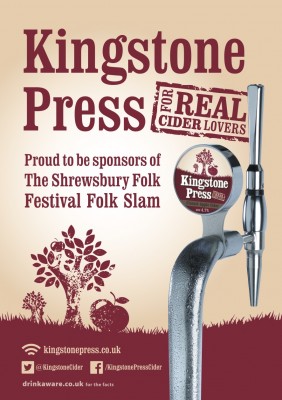 We’d also like to welcome Kingstone Press Cider to the festival for the first year as sponsor of the stupendous Folk Slam that closes the second stage every year. The beauty of the closing set on main stage 2 is you never know who’ll be involved, what they’ll be singing and just who might end up performing with who!

It’ll be a refreshing end to what’s going to be a fabulous festival – so grab your drinks and come and watch the Kingstone Press Folk Slam – main stage 2, Monday, 3.35pm.