We have released the second wave of artists appearing at this summer’s festival! 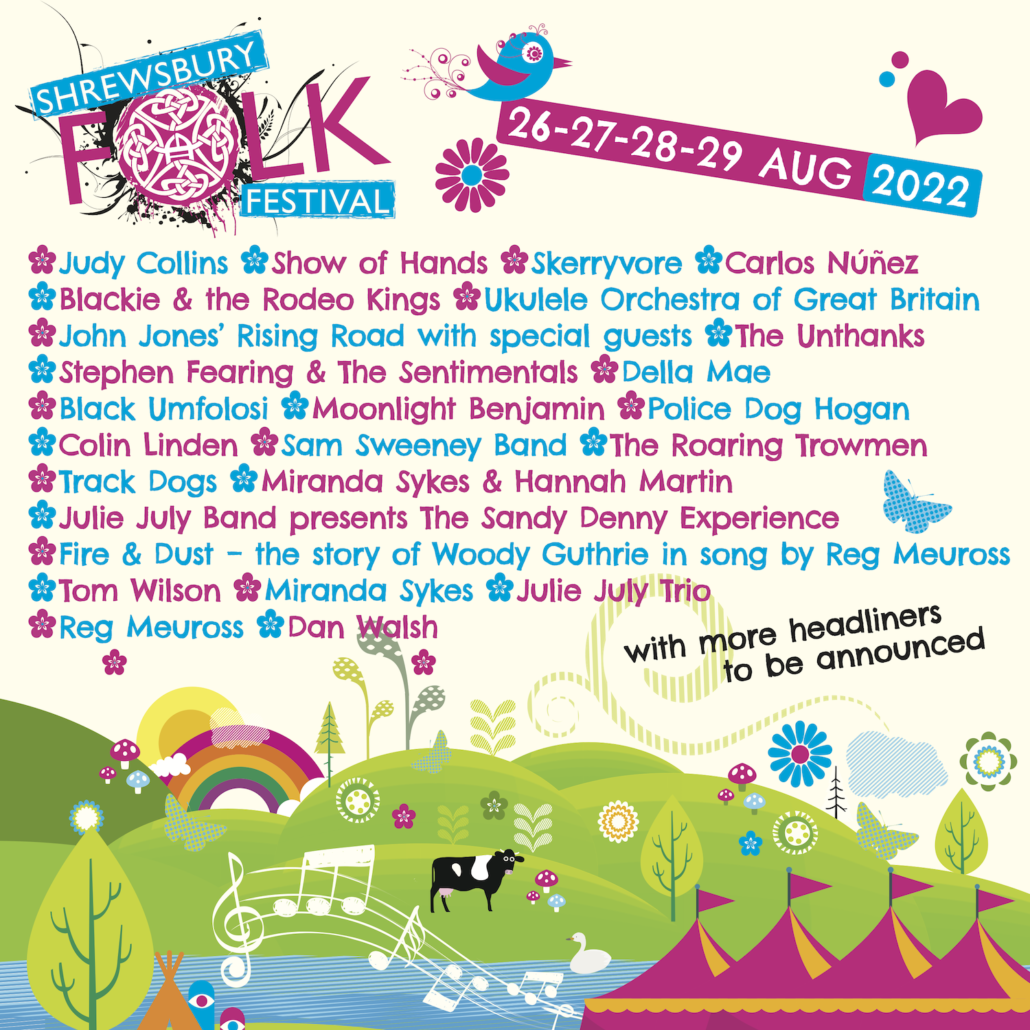 They’ll be joining the likes of international stars including folk legend Judy Collins, piper Carlos Núñez, Candian rockers Blackie and the Rodeo Kings and the Grammy nominated all-women string band Della Mae at the festival from August 26 to 29. Also already announced are Show of Hands, Black Umfolosi, Moonlight Benjamin, Stephen Fearing and The Sentimentals, The Roaring Trowmen and solo shows from Colin Linden and Tom Wilson.

Director Sandra Surtees said: “As ever we are pairing the best of British folk with a fantastic roster of international acts to deliver an eclectic line up that covers everything from traditional music to folk rock, bluegrass, Americana and world music. And we’re still to reveal some big names so it’s shaping up to be a really great festival.

“Mix all this with an extensive dance programme including indoor and outdoor ceilidhs, dedicated festivals for children and young people, workshops and singarounds and there’s never a dull moment.

We are retaining an open air stage following its introduction last year and there’ll be two covered music stages and the outdoor Village Stage. The dance tent will return, giving a covered venue for ceilidhs, dance shows, workshops and displays. There’s also on site camping and glamping, a food village and a festival shop, craft fair and real ale, wine and cocktail bars.

You can book tickets here.

The Launchpad 2022
Scroll to top